32% resolved at Registration and Referral stage 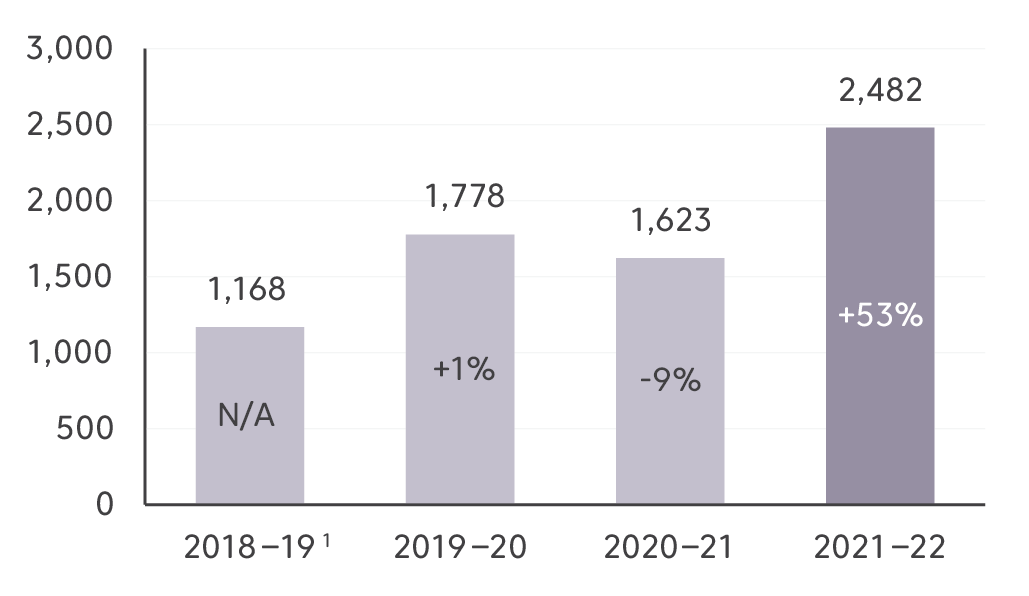 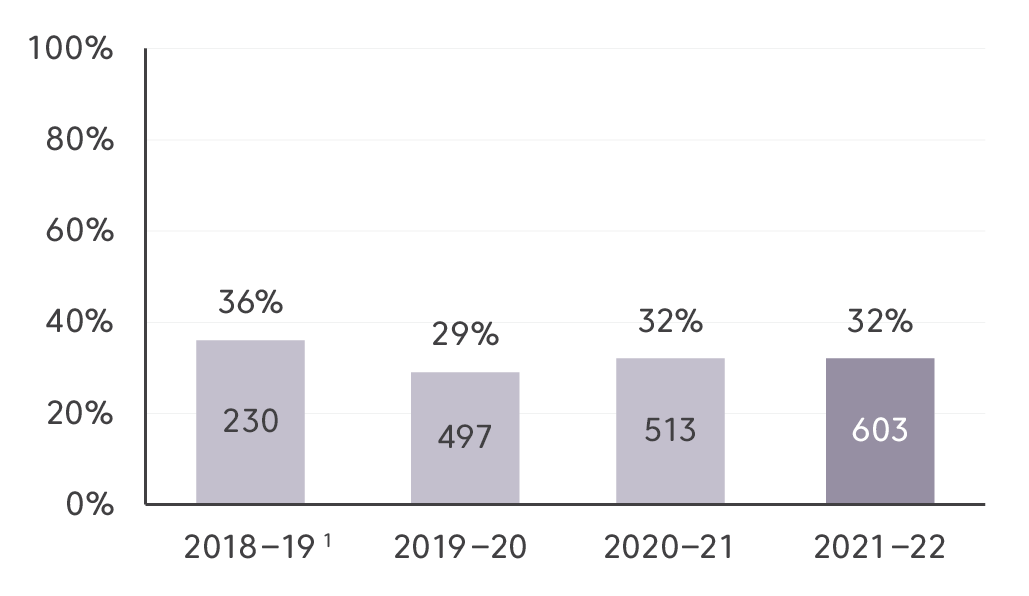 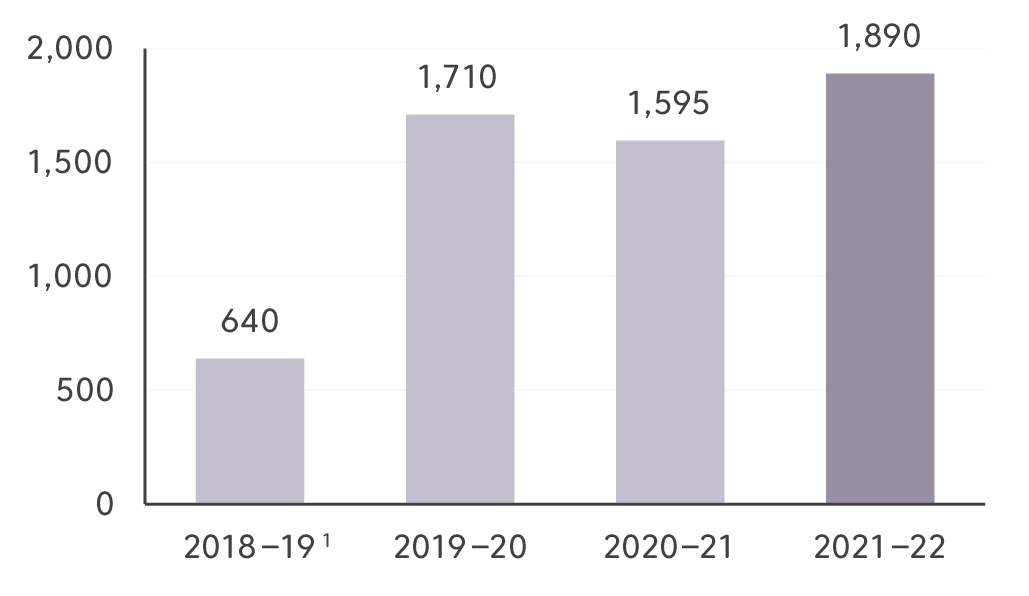 Average time to close a life insurance complaint in days 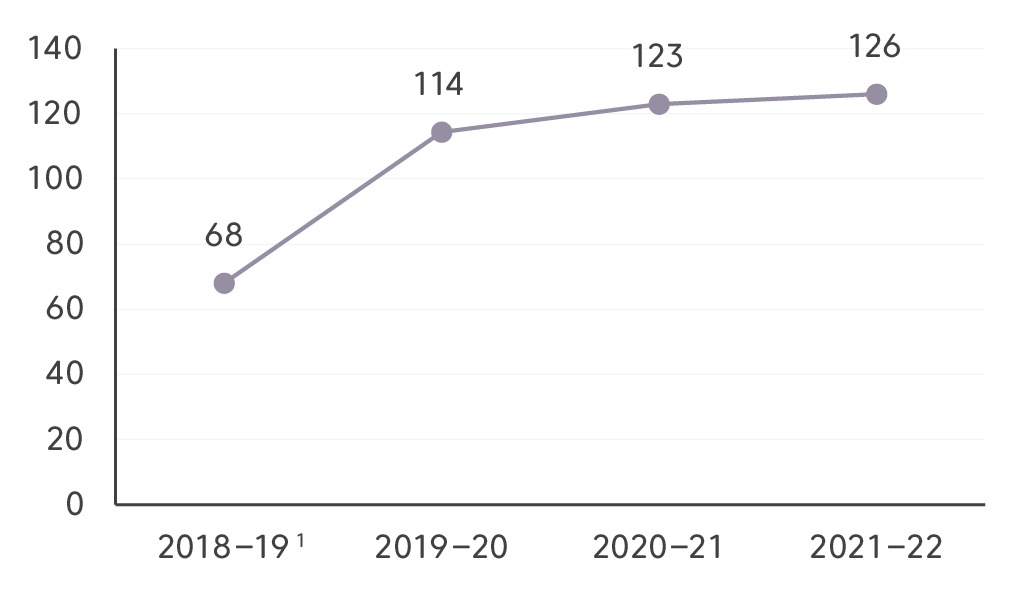 AFCA can consider complaints about life insurance products including the following:

Insurers resolved around one third of the life insurance complaints at the Registration and Referral stage. As this has remained consistent from the previous year, we feel there remains an opportunity to improve this outcome. We welcome early resolution at this stage, if the outcome is fair for both parties because it’s efficient and cost-effective for firms and it helps take away anxiety and uncertainty for complainants.

Early engagement and clear communication play an important role in complaints about service quality and premiums being resolved early.

AFCA has a limited jurisdiction to review complaints about premium increases. We will generally only be able to accept complaints about non-disclosure, misrepresentation, or incorrect application of a premium, or a breach of a legal obligation or duty by the insurer. AFCA can’t consider a complaint about premiums merely because a complainant is dissatisfied the premium has increased or is unhappy about the amount of the increase.

AFCA has published a factsheet that includes information about the documents we will usually require when resolving a premium increase complaint.

There are many complaints to AFCA that involve a misunderstanding or complaint about level premium increases. Many customers don’t understand that level premiums can increase. In many cases insurers provide little information at all about it. AFCA would like to see improvements in industry practice to address this issue.

The main driver of these complaints is significant increases in level premiums through premium re-rates by life insurers. These increases have been widespread over the last few years and are often unexpected by the policy holders. We consider that insurers can do more to educate financial advisers and customers about premium increases. Insurers using the word ‘level’ to describe premiums that are not stepped can lead consumers to expect that their premiums will not increase.

The most common issue for life insurance complaints during 2021–22 was misleading product/service information (437). This was followed by complaints about premiums (286), interpretation of product terms and conditions (234), failure to act in client’s best interests (229) and service quality (205).

The complainant had an income protection policy with the insurer, with a level premium structure. In January 2021, the insurer wrote to the complainant and informed her that her policy premium would increase by 72.5%. The complainant said that the policy wording was deliberately misleading and incorrectly advertised when it was sold as a ‘level’ premium policy.

The ombudsman agreed that the word ‘level’ gave the impression that premiums would not have sharp increases. However, as it is standard terminology across the industry, and because premium rate changes are exceptional events, the ombudsman was not satisfied that the label was inherently misleading.

The ombudsman found that two sections of the policy that disclosed how premiums could change were potentially contradictory, but the complainant did not say she relied on those words. Therefore, the complainant could not establish that she was misled.

AFCA found that the insurer was entitled to increase premiums and did so lawfully and in accordance with the policy terms. AFCA was not permitted to intervene to change the premium rates set by the insurer.

The complainant was diagnosed with breast cancer. She made a claim under her trauma policy. The insurer rejected the claim saying that the policy excluded her type of cancer unless it resulted in surgery to remove the entire breast. The complainant referred to the findings of the Financial Services Royal Commission. She said that the insurer was relying on an outdated medical definition because her type of cancer was not usually treated in that way anymore.

Misleading and deceptive conduct in the sale of funeral insurance

AFCA has received 1,292 1 complaints about four Aboriginal Community Benefit Fund (ACBF) companies, also known as the Youpla group, since AFCA began operating in 2018. First Nations families put money into ACBF funds to help avoid a financial burden being placed on other family members at times of Sorry Business. These ACBF companies were placed into liquidation in 2022.

Before the firms were placed into liquidation, AFCA had issued 178 determinations against the companies, all in favour of the complainants, due to misleading or deceptive conduct in the sale of funeral expenses cover.

The AFCA decisions awarded ACBF customers more than $1.4 million in compensation, although AFCA understands 61 determinations remain unpaid – which is close to $500,000 in compensation outstanding to policyholders.

Because the firms have been placed into liquidation, AFCA has had to pause work on complaints against ACBF. However, it is supporting affected consumers to continue to register their complaints in case of further developments.

AFCA recognises and understands that many ACBF customers are in a difficult situation. They have suffered considerable financial loss as a result of the actions of these financial firms. They now find that the firms’ insolvency means there is little likelihood of any compensation being paid to them.

AFCA encourages ACBF customers to still lodge complaints with us, so that their dispute is registered in our system should anything change.

In July 2022 the Australian Government announced it was establishing a Youpla Group funeral benefit program intended to help affected members’ families to continue to mourn their loved ones and conduct Sorry Business with dignity.

AFCA worked with a range of community stakeholders to implement a streamlined complaint lodgment process for First Nations peoples and their representatives affected by the collapse. We also provided training for our customer service consultants about the significance of cultural practices within communities that occur during times of mourning, often referred to as Sorry Business.

We would like to acknowledge the important contribution of consumer advocates across the country who provide representation, advocacy and outreach services to metro, regional, rural and remote Aboriginal and Torres Strait Islander communities, many of whom are still unaware that their funeral plan policies are no longer active.

“You were pragmatic and constructive and worked very collaboratively with our team.”