$207.73 million in compensation was provided to consumers through AFCA’s dispute resolution processes

72 days to resolve a complaint, on average

Our preliminary data “snapshot” as at June 30 shows a 3% rise in complaints received over the 2021-22 financial year. The total compensation and refunds secured by consumers was 13% lower. Complaints were resolved in an average of 72 days, a decrease from 76 days the previous year, reflecting work within AFCA on complaint closures but also the continuing efforts by financial firms to resolve complaints in a timely manner.

The snapshot shows that nearly 70% of complaints were resolved by agreement between the firm and consumer. About half were resolved at the first stage of our process, when we refer a complaint back to a firm for further consideration – steady with the previous year.

When a complaint comes to AFCA, the first stage in our process is to register it and refer it back to the financial firm for further consideration. AFCA welcomes early resolution at this stage, as long as the outcome is fair for both parties, because it’s efficient and cost-effective for firms and it takes away anxiety and uncertainty for complainants.

If early resolution at this first stage is not possible, we continue to work with the parties to try to help them reach agreement during processes such as mediation.

But if agreement can’t be reached we can make a decision that, if accepted by the complainant, is binding on the firm. About 7% of disputes progressed to a formal decision in 2021-22, steady with the previous year.

1,628 of licensee members had a complaint lodged against them in this period

In a positive outcome, the number of licensed financial firms with a complaint lodged against them was 5% lower than in the previous 12 months.

Financial difficulty-related complaints fell 14%, from more than 5,000 the previous year, reflecting the work the banking sector has done to support consumers since the COVID pandemic. In the coming year, we’ll work with industry and consumer groups as we monitor the impact of cost-of-living pressures and higher interest rates on financial services consumers.

23 total serious contraventions and other breaches referred to regulators

Sometimes we identify through our work on individual complaints that there may be a wider, systemic issue. We collaborate with firms to help them address issues we identify, but there are occasions when we need to report a systemic issue to the relevant regulator. You can read more about our systemic issues work here.

Credit cards were the most complained about product in 2021-22, accounting for 13% of all complaints. But, despite topping the list for another year, complaints about credit cards were actually down 8% on the previous year.

Natural disasters pushed home building insurance into the top 5 and drove a rise of about 30% in complaints regarding motor vehicle insurance. 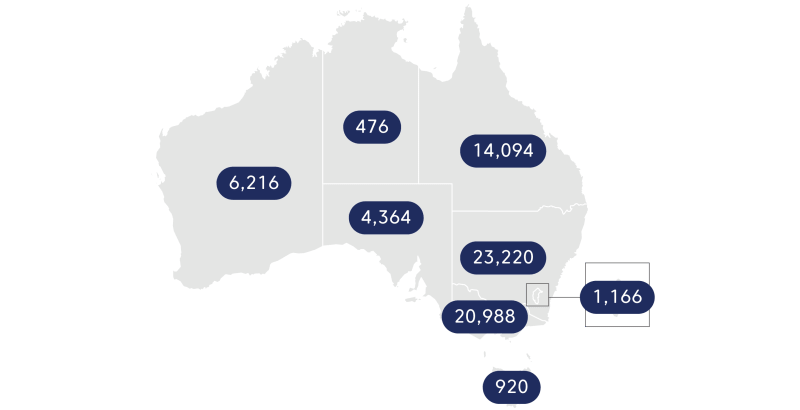